First TUESDAY of each month @ 7PM

Lee Township was formed in 1869 from parts of Ohio, Green and Jackson Townships. It was authorized by an act of the General Assembly on February 10, 1869, making it the only township in Monroe County to have been organized by action taken by the Ohio Legislature.

Some of the early settlers in the area began arriving about 1800. Among those were Philander B. Stewart, Dr. Miles, Stephen Scott, Charles Wells, James Patton, John Patton, and David Patton. Other families were the Nesbitts, Steels, and Johnsons. Major Earl Sproat settled on 690 acres of land, which adjoined the land of a Mr. McBride. Sproat was one of the 48 men known as the Ohio Company who made the first permanent settlement in the Northwest Territory at present-day Marietta, Washington County, Ohio, in 1788. Following Sproat’s death about 1823, his land was sold to James Patton in 1825.

In 1843, Patton laid out the village of Sardis. The original plat included sixty-four lots. Wilson Martin built the first house in the village. The first post office was established in 1844 and its first postmaster was Thomas Algeo. With its access to the river, Sardis became an active port for farmers to sell their crops and products. The village also was home to several factories: cigar, button, furniture to name a few. It also had a flouring mill, planing mill, and cider mill. Hotels, blacksmith shop, and other businesses flourished in the town. With the improvement of roads and transportation, the businesses that were fed by the river transportation disappeared, as did other businesses with the advent of modern conveniences.

Sardis Community Center has begun a new recycling project!  We want the community to get involved in recycling the items listed in the links below.  As a community effort, we can work towards earning products made with this recycled material for our park/playground...

END_OF_DOCUMENT_TOKEN_TO_BE_REPLACED The District’s recycling trailers are operating as scheduled. If you or anyone in your family has a fever or Covid-19 symptoms, please discard your recycling in your garbage. DO NOT place any medical waste or protective gear in the recycling trailers, these items are...

END_OF_DOCUMENT_TOKEN_TO_BE_REPLACED 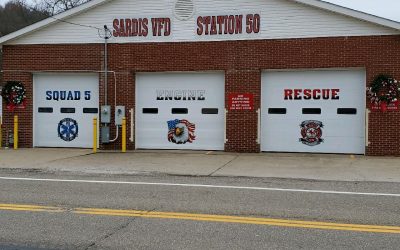 END_OF_DOCUMENT_TOKEN_TO_BE_REPLACED

Meeting is held the first Tuesday of each Month.